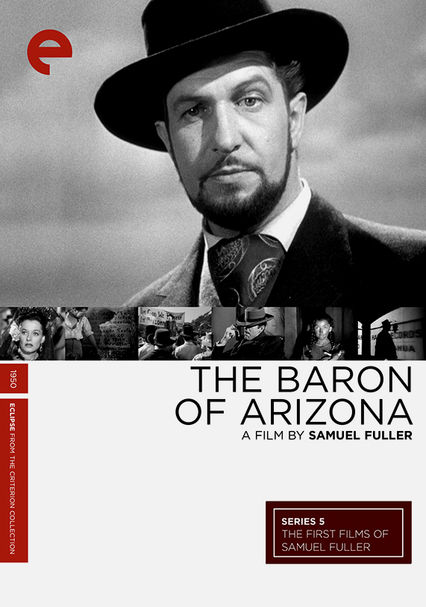 1950 NR 1h 37m DVD
Based on the true story of one of the most daring swindles in U.S. history, director Samuel Fuller's fascinating period drama stars Vincent Price as flimflam man James Reavis, who plans an audacious con to claim an entire state. Using forged land grants and the penniless Sofia (Ellen Drew) -- whom he passes off as the baroness of Arizona --Reavis tries to assume ownership of the territory by marrying Sofia and claiming her "birthright."