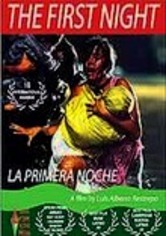 2006 NR 1h 34m DVD
In the jungles of Colombia, brother is pitted against brother as the country's devastating civil war catches up with their remote village, and the men are forced to take sides. Toño (John Alex Toro) dons the uniform of the army, while his brother Wilson (Julian Roman) joins the rebels. Meanwhile, the woman they both love flees the massacre that's taken place in their village for the relative safety of Bogotá in this film festival favorite.