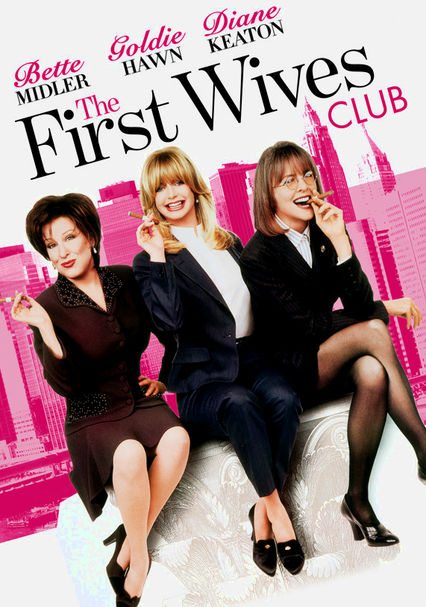 1996 PG 1h 42m DVD
Three old college chums reunite for the funeral of a friend who committed suicide after her husband dumped her for a younger model -- only to realize they're all in the same predicament. So they form a troika and plot payback against their exes.

Parents need to know that infidelity, mistresses, divorce, and revenge (betrayed spouses vs. ex-husbands) propel the narrative of this film -- though it defies expectations by being a PG comedy instead of something harsher. Sex references are surprisingly coy, and swear words are kept to a minimum. One character's daughter is a lesbian, which is mentioned loudly and often; her mom cheerfully visits her child's favorite lesbian bar gets hit on. The grown children in these broken marriages are either cynical or join in plotting against their fathers. The upper-class NYC milieu slathers on the materialism -- the chic fashion, the cars, the decor.

One character jumps to her death (offscreen); later there's a dangerous stunt on a window-cleaners' platform that similarly imperils the heroines; it's played for laughs.

Iffy evolution in the three wronged women in the story; they go from just wanting revenge -- to make their fickle ex-husbands suffer -- to doing something for the greater good of society (opening a women's crisis center) and improving their own health/self-esteem as well. But still they ensure their exes suffer in the process, in perpetuity. On the plus side, they are shown as mutually supportive, even when they clash with one another. Most adult males here are shallow cads; there's just one line (referencing a lesbian relationship) to suggest women can break hearts too. The novel was a little more even-handed.

Materialism is a strong component of the plot: hot car models, trendy furnishings, paintings, and objects d'art (with a big-name auction house). And, of course, there's a First Wives Club novel tie-in.

Heavy drinking in a few scenes. It precedes suicide (not shown) and ugly fights. One of the heroines is criticized by another for her liquor intake; she straightaway quits drinking.