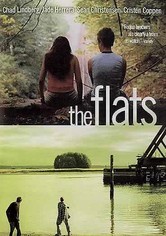 2002 NR 1h 42m DVD
Returning home to Oregon to stand trial for a crime that could send him to prison, Harper (Chad Lindberg) renews a relationship with his best friend, Luke (Sean Christensen), and forges a new one with Luke's girlfriend, Paige (Judy Herrera). But for Harper and Paige, keeping their emerging passion a secret from Luke proves too difficult a task and forces a bitter confrontation on the eve of Harper's court date.