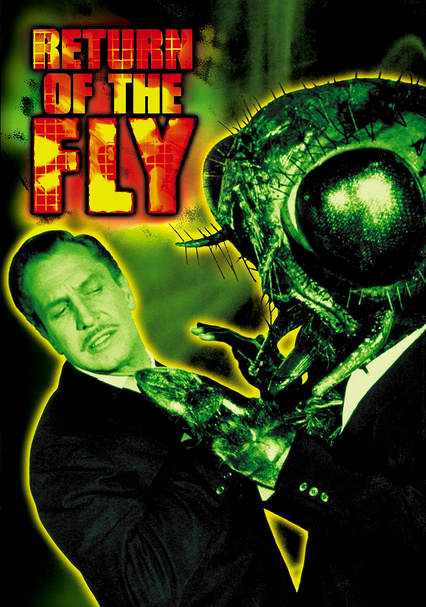 1959 NR 1h 20m DVD
Years after his scientist father met a unique and gruesome end as a grotesque man-fly hybrid, Philippe Delambre (Brett Halsey) is determined to carry on his dad's dubious work. With the help of his uncle François (Vincent Price), Philippe re-creates his father's matter transmission device. But the machine still has a few bugs in it. Philippe soon finds himself sharing his father's fate with horrifying results in this classic sci-fi sequel.