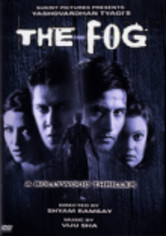 2003 NR 2h 2m DVD
In a Bollywood story line that borrows heavily from the American thriller I Know What You Did Last summer, a group of teens gets mixed up in murder. When a jealous brother tries to kill the pageant contestant that took the title away from his sister, the beauty queen and her cousin fight back. But when their actions inadvertently cause his death, they'll have to dispose of the body -- and hope he doesn't seek revenge.