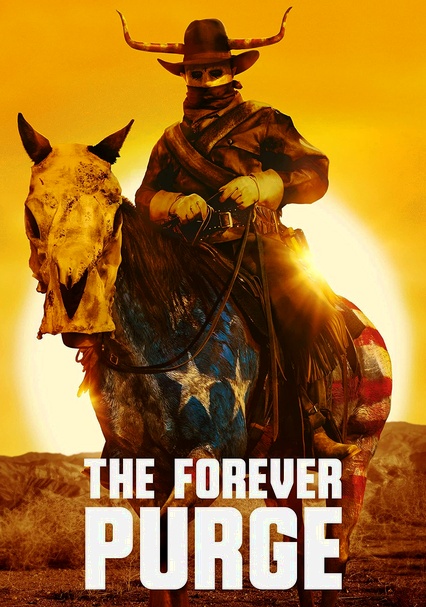 2021 R 1h 43m Blu-ray / DVD
One night is not enough as members of an underground movement, no longer satisfied with the annual night of anarchy and murder, decide to overtake America through an unending campaign of mayhem and massacre. No one is safe. On the morning after The Purge, a masked gang of killers attacks a wealthy Texas ranching family and their workers. Exposed by daylight, the two families are forced to band together and fight back as the country spirals into chaos and the United States begins to disintegrate around them.