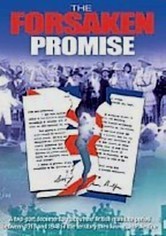 2007 NR 2h 44m DVD
This documentary traces the story of Britain's failure to implement the Balfour Declaration, in which it promised to establish a homeland for the Jewish people in Palestine shortly after World War I. Told from the perspective of participants in the events, the film chronicles the political and military circumstances that led to the collapse of the declaration and the turning away of Jewish immigrants from Palestine in the 1930s and '40s.