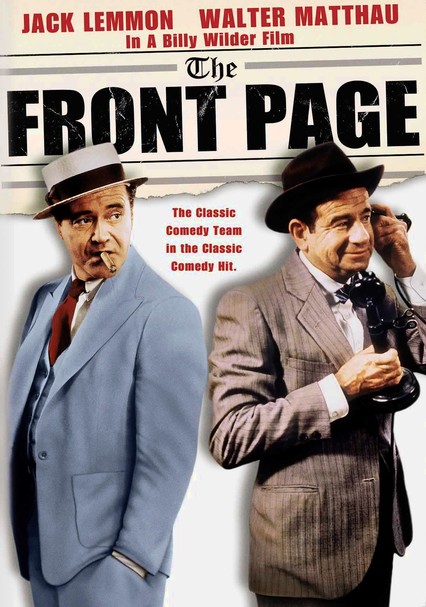 1974 PG 1h 45m DVD
Jack Lemmon and Walter Matthau play battling newspapermen in 1920s Chicago in this fast-paced version of the comedy classic from director Billy Wilder. Lemmon is ace reporter Hildy Johnson and Matthau his irascible editor, Walter Burns. Hildy wants to quit and marry Peggy Grant (Susan Sarandon), but Walter will do anything to stop him, and an escaped killer (Austin Pendleton) gives him just the scoop he needs to lure Hildy back to work.