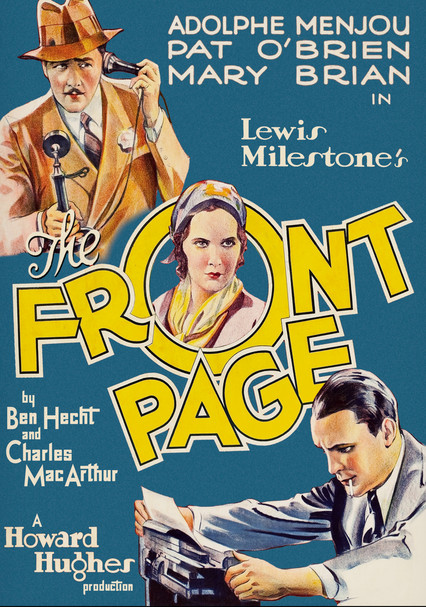 1931 NR 1h 43m DVD
Veteran newspaper reporter Hildy Johnson (Pat O'Brien) is about to get married and start a new job. But when his boss, tough-talking editor Walter Burns (Adolphe Menjou), gets wind of a political angle in an upcoming execution, he calls back a reluctant Hildy for one last story. George E. Stone, Mary Brian, James Gordon and Mae Clarke co-star in the first film adaptation of Ben Hecht and Charles MacArthur's humorous play.