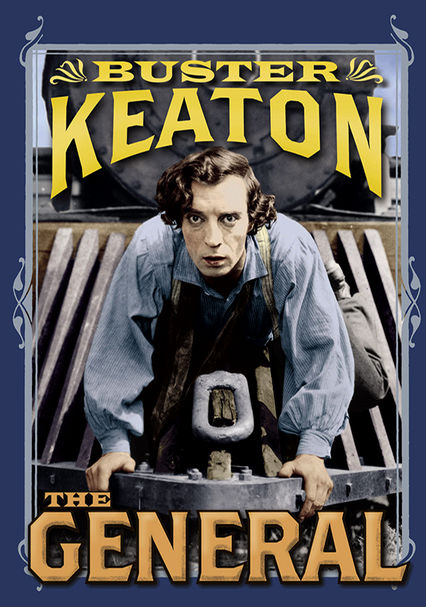 1926 NR 1h 43m DVD
Rejected by the Confederate Army, Johnnie Gray sets out to single-handedly win the war with his cherished locomotive in this classic silent film. When Northern spies steal his train, the intrepid Johnnie takes on the entire Union army to get it back.

Parents need to know that this great silent-comedy epic shows the Civil War from a Southern perspective and doesn't condemn (or even touch upon) issues of slavery or secession; it's just not an issue. There is slapstick violence -- never bloody or extreme -- involving cannon fire and explosions and some soldiers shot dead by a sniper (who gets accidentally stabbed dead). As with virtually all Hollywood silent cinema, some of the story requires reading intertitles. Video versions of this movie (including online downloads) vary in picture quality and enthusiasm of the soundtrack music; some DVDs include other silent short subjects as "extras," which might contain questionable elements (black-face minstrel jokes, for example). A recent movie called The General also exists -- but it's a brutal UK mob drama, utterly unrelated to this one, and rated R.

Wartime cannon-fire, plus train and vehicle crashes. A few soldiers shot dead (no blood); others knocked unconscious. One accidental gag death via sword.

A publicly rejected but valiant hero does his best and succeeds despite overwhelming odds and the fact that everyone else (including his girlfriend) believe him to be a coward.