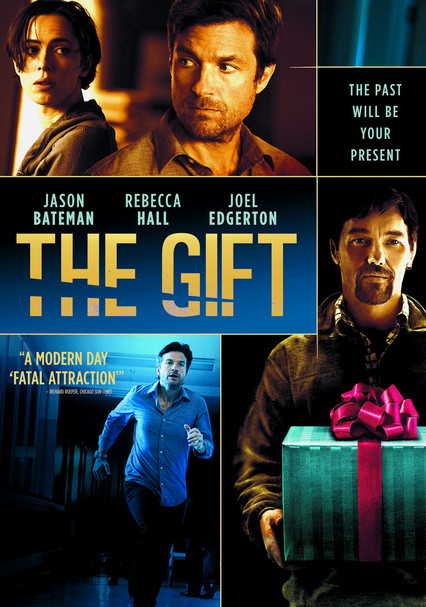 2015 R 1h 48m Blu-ray / DVD
As Simon and his wife, Robyn, are trying to revitalize their relationship, a string of encounters with someone from Simon's high school days and a shocking 20-year-old secret threaten to unravel the couple's lives.

Parents need to know that The Gift is a thriller that offers a new twist on the frequently used "psychotic intruder" formula (The Boy Next Door, etc.). While there's plenty of tension, violence is limited to a brief fight, a slap, arguing, dead fish in a pond, and one quick jump-scare. Frequent strong language includes several uses of "f--k," "a--hole," "bitch," and "s--t." A husband and wife kiss and touch, and there are some brief sexual innuendoes/references. Characters drink fairly frequently, but always in social occasions (twice, it seems like people have had a bit too much). Reference is made to a character's former drug problems; she steals and takes a prescription pill from a neighbor. The movie addresses bullying and its long-term impact.

Presents a very vivid (and rather nasty) view of bullying and the long-term hurt it can cause.

The wife deals with a former drug addiction; she steals prescription pills, hides them, and takes one. Frequent social or background drinking by adults. Characters sometimes seem a bit drunk.