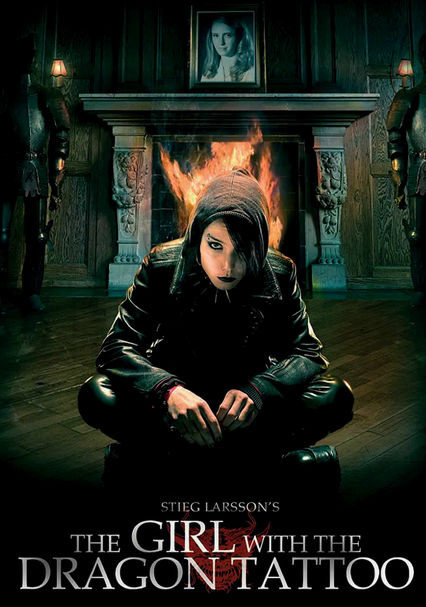 2010 R 2h 32m Blu-ray / DVD
A journalist and a rebellious computer hacker team up to investigate the unsolved disappearance of wealthy Henrik Vanger's niece, only to uncover dark secrets about Vanger's powerful family in this adaptation of the bestseller by Stieg Larsson.

Parents need to know that this subtitled Swedish film is definitely not for kids. With graphic sexual violence, gruesome murders, torture, and pervasive coarse and sexual language, even adults might be disturbed by what they see. Expect multiple images of mutilated dead young women and numerous instances of female nudity (including breasts), as well as partial male nudity in graphic tortuous poses. The female heroine smokes continuously. Still,k despite the intense content, the movie's message of good triumphing over evil ultimately provides some relief.

Despite the intense violence perpetrated by people in power, the movie's overall message is that victims of outrageous crimes and abuse can find dignity and self-respect by developing their skills and reaching inward for courage and strength.

The lead character, a young woman, smokes cigarettes non-stop. There's also some moderate social drinking in a number of scenes.