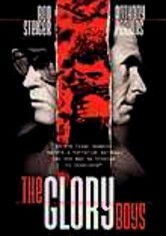 1984 NR 2h 45m DVD
Based on a novel by Gerald Seymour, this cerebral three-part miniseries starring Rod Steiger and Anthony Perkins tracks the British government's attempts to thwart the murderous plans of separate bands of assassins hired to kill an Israeli scientist. Before long, though, the two terrorist organizations decide to team up.