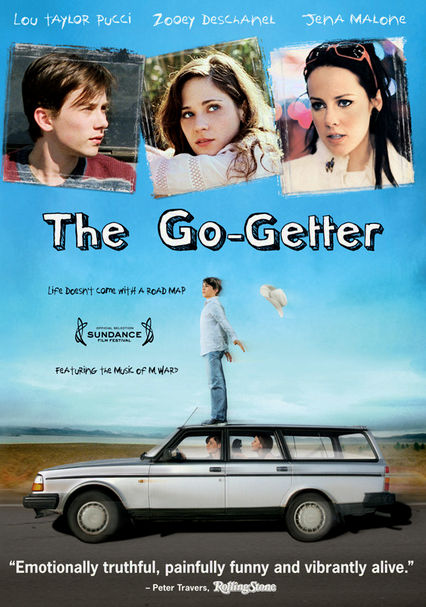 2007 R 1h 33m DVD
After the death of his mother, 19-year-old Mercer steals a car and sets out to find his long-lost half brother. As he steers out of town, the car's owner, Kate, calls the cell phone left inside, but she's oddly empathetic to Mercer's plight.

Parents need to know that even though this indie dramedy has a fairly good heart, it's full of iffy adult behavior like sex, theft, and drugs. The film begins with the main character stealing a car and proceeds to include plenty of talk about sex (including an interlude on the set of a porn film), strong language ("f--k" and many derivations thereof), drinking, smoking, and more. Teens who are into alternative music may be interested in the film since it marks the first collaboration of hipster musician M. Ward and actress Zooey Deschanel, who've since released an album together, but if they watch, be prepared to talk about the characters' conduct.

Some scuffling and shoving; punches are thrown; a gun and a knife are brandished. A cowboy-themed dream sequence results in bloody wounds.

The lead character steals a car to embark on a road trip; a budding pornographer discusses his theories of art and sex.

The only brand mentioned by name is K-Y Jelly (used to help elderly person remove rings stuck on fingers).

Cigarette smoking; a character smokes marijuana; wine, beer and liquor are drunk; two character take Ecstasy; a character takes the prescriptions from his mother's dying bedside, although it's never stated what they are or what happens to them.