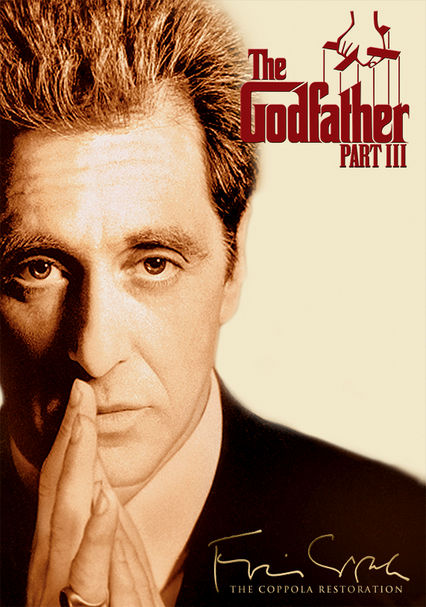 1990 R 2h 50m Blu-ray / DVD
In the final installment of the Godfather trilogy, gray-haired Michael Corleone struggles with a heavy heart to make the family business legitimate, but he's pulled into more bloodshed after he makes a lucrative business deal with the Vatican.

Parents need to know that, like the previous Godfather movies, The Godfather: Part III has isolated, yet intensely violent scenes spread throughout the movie. The majority of the film is discussion of strategy involving illegal activity and family drama. There is also a sexual relationship between cousins.

The film is about mobsters, but does not exactly glorify them. The main character tries to go clean and can't. This film shows the consequences of the mob life he is forced to live.