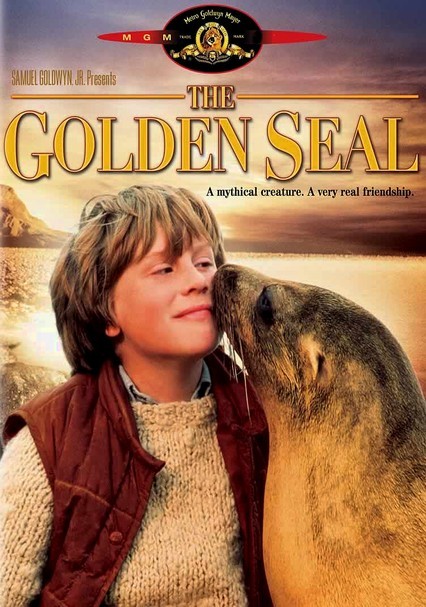 1983 PG 1h 35m DVD
A lonely 10-year-old boy in Alaska makes an incredible friend when he finds a legendary golden seal, known to visit the islands once every seven years to give birth. The two become inseparable, but his companion and her pup are targeted by hunters.

Parents need to know that The Golden Seal is a surprisingly adult family story with some intense fight scenes and some dramatic episodes when the boy tearfully steps in front of hunters' rifles. The adults in the movie are greedy while the main child character stands up for what's right and teaches the adults to be more noble people. One scene includes a child repeating "s--t" several times.

A few chaste kisses between a husband and wife who clearly love each other.

The film features several intense scenes in which adults hunt for a mythical creature and a 10-year-old boy tries to interfere, sometimes placing his body in front of a rifle barrel and pleading with the grown-ups not to shoot. It also includes a few violent fistfights and one harrowing rainstorm that threatens to wash some characters out to sea.

Some swearing, including "son of a bitch," "damn," "Jesus" and one scene that features a tween repeatedly saying "s--t" to the annoyance of his mom (and perhaps amusing his father).

Adults can be way too materialistic, but the innocence of a young boy can sometimes help them realize they are acting out of greed, and that there are more important things in life than money.

A few characters smoke cigarettes and one scene features some people drinking beer in a general store, slightly drunk and more than slightly annoying.