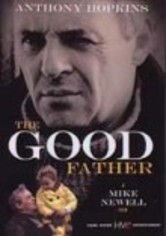 1987 R 1h 30m DVD
Anthony Hopkins stars as Bill Hooper, a man embittered by his divorce and loss of custody of his son. Feeling betrayed personally and politically, Bill finds an outlet for his anger in his friend Roger (Jim Broadbent), who's also going through a custody battle. Living out his own need for reprisal, Bill persuades Roger to employ dishonest tactics to gain the upper hand in the case, escalating the situation into an ugly, all-out war.