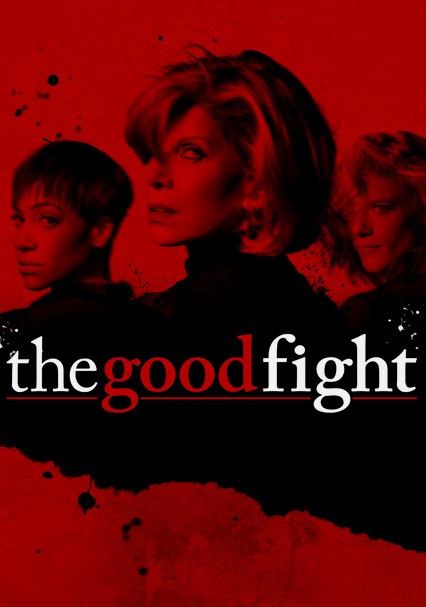 2017 TV-14 4 seasons
Picking up one year after the events of the final episode of "The Good Wife," an enormous financial scam has destroyed the reputation of a young lawyer, Maia Rindell, while simultaneously wiping out her mentor and godmother Diane Lockhart's savings.

When her friend's multimillion-dollar investment scam ruins Diane Lockhart's plan for retirement, she is literally at a loss. A disgraced Diane is forced out of her own law firm and joins another distinguished company as a junior partner. She recruits Maia Rindell, a promising young attorney with her own baggage. Diane is reunited with her ex-employee, Lucca Quinn, who's made a name for herself since leaving Lockhart/Gardner. Under the pressure to both rebuild and maintain their lives, this fearless team of women all have something to prove and nothing to lose.

With the world going insane and the Chicago murder rate on the rise, Diane, Lucca, Maia and the rest of the law firm find themselves under psychological assault when a client at another firm kills his lawyer for overcharging. After a copycat murder, the firm begins to look at its own clients suspiciously.

Diane Lockhart tries to figure out whether you can resist a crazy administration without going crazy yourself, while Adrian Boseman and Liz Reddick-Lawrence struggle with a new post-factual world where the lawyer who tells the best story triumphs over the lawyer with the best facts. Meanwhile, Lucca Quinn balances a new baby with a new love, and Maia Rindell finds a new Mephistopheles in Roland Blum, a lawyer who is corruption incarnate.

After they lost their biggest client, Chumhum, and their founding partner's name was tarnished, Reddick, Boseman & Lockhart was forced to accept an offer by a huge multi-national law firm, STR Laurie, to become a small subsidiary. Suddenly, all of their decisions can be second-guessed by the giant firm that is literally on top of them. While STR Laurie initially seem like benevolent overlords, we find Diane Lockhart and her colleagues chafing at their loss of independence while simultaneously investigating the emergence of a mysterious Memo 618.