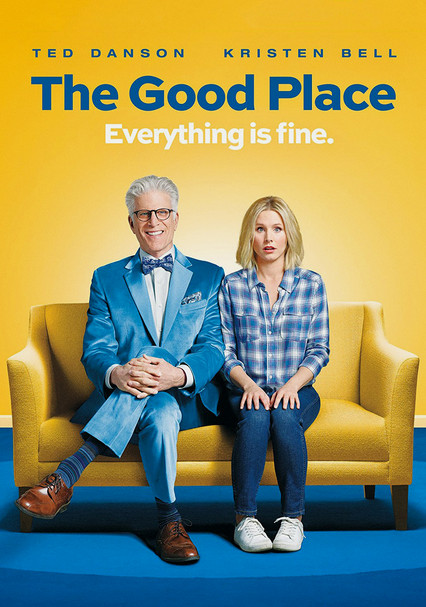 2016 NR 4 seasons
Killed in a vehicle collision, self-centered Eleanor Shellstrop is surprised to wake up in a peaceful afterlife. When she finds out that she's there by mistake, Eleanor resolves to become the kind of person who deserves to be in "the good place."

When self-absorbed Eleanor Shellstrop gets killed in a car accident, she's mistakenly sent to a serene hereafter instead of "the bad place." But with help from a sage afterlife mentor, Eleanor attempts to turn over a new leaf.

Everything Is Still Fine. Just Fine. After Michael's disastrous attempt to torture Eleanor, Chidi, Tahani and Jason for eternity goes belly-up, Eleanor and the gang are rebooted and Michael has revised his plan to keep his torture subjects separate. Only now, Michael's soul is on the line, as his boss, Shawn, won't allow another attempt!

Ending up reincarnated and back on Earth after Michael's argument on their behalf, Eleanor and her fellow condemned souls have another chance to find the right road, leading to the Good Place.

Eleanor, Chidi, Tahani, and Jason are four cosmically bound friends in the fight for their eternity, alongside their former torturer, Michael, and sentient database assistant, Janet. Michael, in a fit of panic, had relinquished his role as "the Architect" to Eleanor, so that she and the gang could help four new residents become better people. Unfortunately, the Bad Place doesn't exactly make their task easy and its latest move places Chidi in a dire situation, putting his relationship with Eleanor and the others in jeopardy.