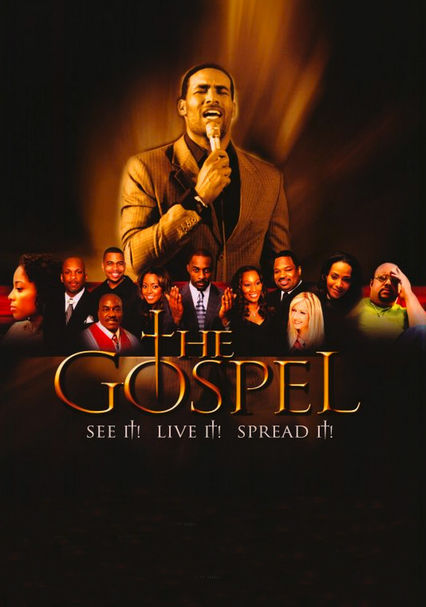 2005 PG 1h 51m DVD
Returning to his father's church after turning his back on God, a young singer (Boris Kodjoe) makes an unpleasant discovery: His childhood nemesis (Idris Elba) has a "new vision" for the congregation. Writer-director Rob Hardy helms this inspiring drama based on the biblical parable of "The Prodigal Son" featuring the music of Yolanda Adams, Martha Munizzi, Delores "Mom" Winans and "American Idol" finalist Tamyra Gray.

Parents need to know that this film includes two scenes showing parents' deaths, and ongoing discussions about how to cope with such loss and the resulting anger and sadness. The film includes mildly sexual images (a husband and wife appear in bed together) and early on, an R&B dance performance featuring gyrating bodies. Focused on family tensions, the film includes various scenes showing discord between father and son, husband and wife, a couple trying to get back together, and former best friends. In an early scene, characters briefly smoke, dance suggestively, and drink in a red-lit nightclub. Later, in despair, a character drinks alone in his home, then while he is driving.

Some sexual language and imagery (in an R&B concert, in a married couple's bedroom); no sex per se.

Some greed, some family tensions, competition and arguments between childhood friends.

Thematic, in the sense that characters consider how to expand and essentially, "sell" the church.

Some drinking and smoking, clearly framed as self-destructive behavior.