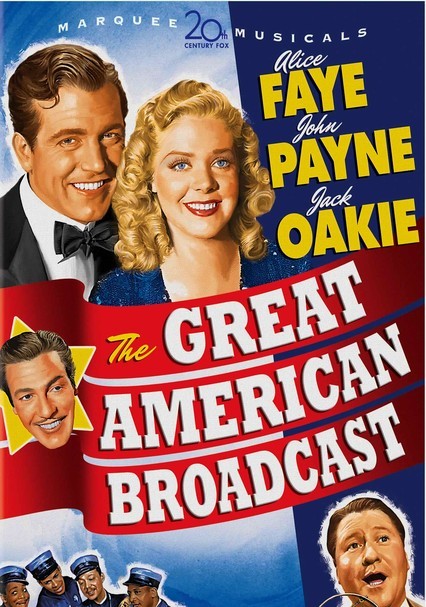 1941 NR 1h 30m DVD
Ambitious radio executives Rix Martin (John Payne) and Chuck Hadley (Jack Oakie) struggle to compete against the big broadcasters, but Rix and his wife, Vicki (Alice Faye), have a bitter falling out when she turns to an old flame for a loan to support the failing station. Vicki finds success as a singer and reunites with Rix onstage when Chuck organizes the country's first coast-to-coast radio broadcast. Cesar Romero also stars.