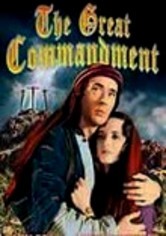 1941 NR 1h 20m DVD
Living in the time of Christ, a young religious scholar named Joel (John Beal) leads an uprising against the Romans ... until his aggressive instincts are curbed by the influence of Jesus of Nazareth. This 1939 film from director Irving Pichel centers on Joel's transformation from a revolutionary to a pacifist who, in true Christ-like fashion, even learns to forgive the soldier who murdered his brother.