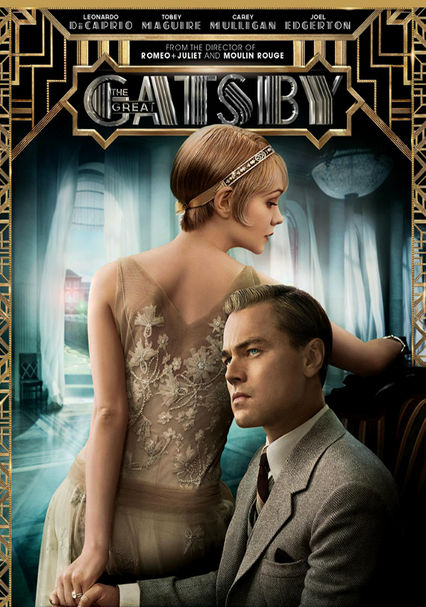 Parents need to know that director Baz Luhrmann's (Moulin Rouge) take on The Great Gatsby is a decadent, dizzying version of F. Scott Fitzgerald's classic American novel. The movie is true to the book, featuring scenes with lots of drinking -- often to excess -- and smoking. There's not too much swearing (though some soundtrack song lyrics include infrequent use of "s--t" and "f--k"), but expect some violence (a man punches another, a car hits a woman head-on, and a character shoots another) and sexuality. Couples -- including people married to others -- are shown kissing and in bed (bare shoulders). Leonardo DiCaprio, Tobey Maguire, and Carey Mulligan star; that, plus the movie's hip soundtrack and lush style, are likely to make it very appealing to teens.

A couple is heard moaning from behind closed doors. Married men grope at women who aren't their wives, and infidelity is a big part of the overall plot. Some innuendo. A couple exchanges some passionate kisses and is later shown partially nude (no sensitive body parts shown) in bed, under the covers.

A man is held by two others while someone else hits him, in a very brief scene. Another character runs over a woman with a car; her body is shown many times hitting the windshield and thudding to the ground. A man is also shown shooting someone from a distance and then putting the same gun in his mouth. A man strikes a woman hard.

Language includes relatively infrequent use of "hell," "damn," "goddamn," "oh my God," "son of a bitch," and some derogatory/racist terms and comments. Songs used on the soundtrack include some stronger words, including "f--k" (infrequent), "s--t," and "d--k."

The film's underlying message is pretty bleak: People, especially privileged people with no perspective, can be rotten. But, in a way, it also celebrates those who continue to hold hope, even in the face of cynicism. There's a conspicuous flaunting of wealth and some discussion about "old" and "new" money.

Tons of drinking. One character is described as "morbidly alcoholic," and characters are shown drinking and driving. Also some smoking (accurate for the movie's time period), and one scene shows a woman popping "mood pills." Though the film frequently portrays partying and drunken debauchery as wildly fun, it also includes the darker aftermath -- the literal and figurative messes that need cleaning up.