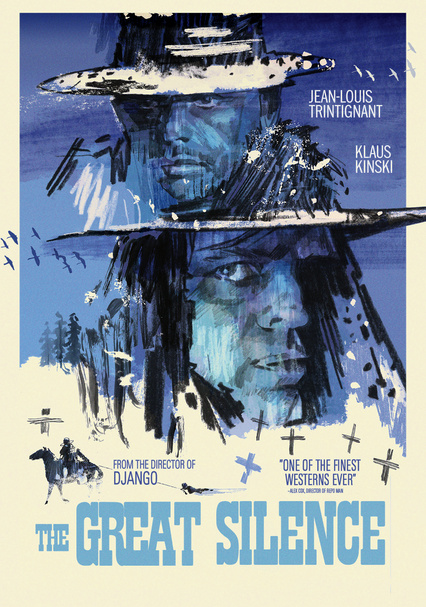 1968 NR 1h 45m DVD
A group of greedy bounty hunters led by the brutal Loco (Klaus Kinski) pursues a band of outlaws who have escaped and are hiding out in the hills of the Utah frontier. After an innocent man is killed, Loco's vengeful wife calls on a mute gunslinger named Silence (Jean-Louis Trintignant). Standing between the innocents and the corrupted bounty hunters, Silence decides to mete out his own brand of justice.