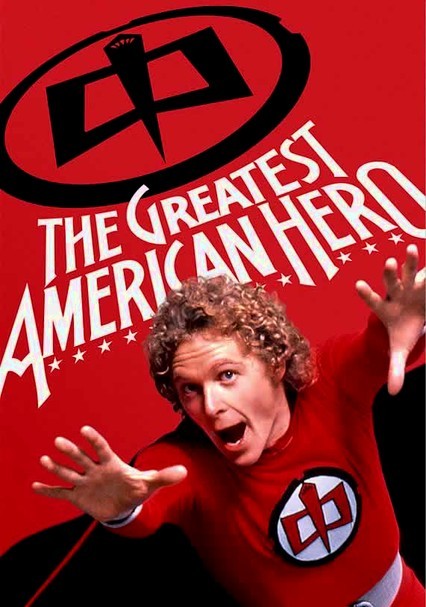 1981 NR 2 seasons
In this endearing TV comedy series, aliens call upon mild-mannered schoolteacher Ralph (William Katt) to save the world, bequeathing him a fabulous red superhero outfit with extraordinary powers -- which, unfortunately, Ralph has no clue how to harness. Now, with the help of girlfriend Pam (Connie Sellecca) and FBI agent Bill (Robert Culp), Ralph must learn how to fly without crashing and otherwise control the suit even as he faces down a variety of foes.

In its second season, this charming 1980s series finds teacher Ralph Hinckley (William Katt) still struggling with his newfound role as a superhero. He also hasn't yet gotten the hang of his powers, let alone his super-suit, which often lands him in hot water. Thanks to his fiancée, Pam (Connie Sellecca), and his wing man, FBI agent Bill Maxwell (Robert Culp), he manages to stay the course -- a challenge, to say the least.

This lovable ABC television hit with an improbable plot follows the adventures of unlikely superhero Ralph Hinkley (William Katt), who has to split his time as a high school teacher with his duty to save the world. With the help of an FBI agent (Robert Culp) and the support of his girlfriend, Pam (Connie Sellecca), Ralph continues trying to tap into the powers of his alien-crafted supersuit, which used to have a manual -- until he lost it.

Parents need to know that The Greatest American Hero's content is pretty tame by modern primetime drama standards, but you'll still see shootouts, kidnappings, death threats, and some injuries. The protagonist is a mild-mannered teacher-turned-superhero whose altruistic priorities don't always mesh with his hardened FBI boss', which makes him all the more endearing. Expect to see some drinking and smoking indicative of the times of this '80s dramedy, as well as some allusions to sex, but nothing physical.

No sex is shown, but there are implications of it. Women make blatant passes at Ralph, insinuating they'd like to sleep with him. He's usually shy and polite about the attention but doesn't encourage it.

Plenty of shooting, guns, and some death, but the violence usually isn't very bloody or graphic. Kidnappings, death threats, and plans for hits on enemies are common, and innocent bystanders are often caught in the middle of the violence.

The series has fun with the typical superhero story, centering on an average guy who's thrown into the position against his own wishes. He likes to help people and nab the bad guys, but he doesn't care for the trappings of being a hero. Good and bad are easily identified, and the law (or the FBI, in this case) defines the two sides. Women (especially the pretty blondes) are often referred to as "bimbos" and assumed to be unintelligent.

Adults often drink and/or smoke, but it's more a sign of the times than a plot point.