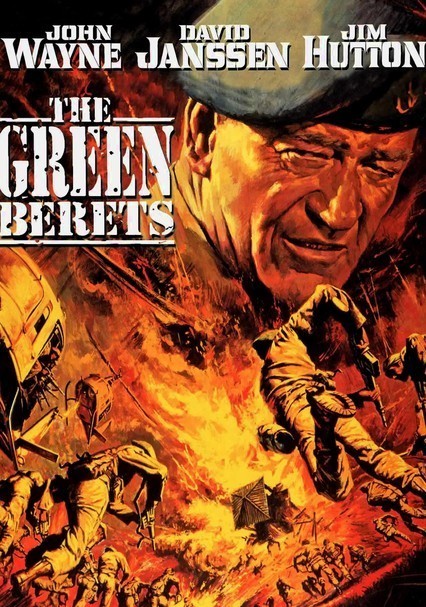 1968 G 2h 21m DVD
Gung-ho Col. Mike Kirby (John Wayne) is leading his Green Berets on a mission to kidnap an enemy general during the Vietnam War. When a skeptical reporter accompanies them, the colonel and his team outline their reasons for participating in the war. Wayne codirected this action-packed, hawkish film, which was surprisingly successful at the box office. The macho cast includes David Janssen and Aldo Ray.