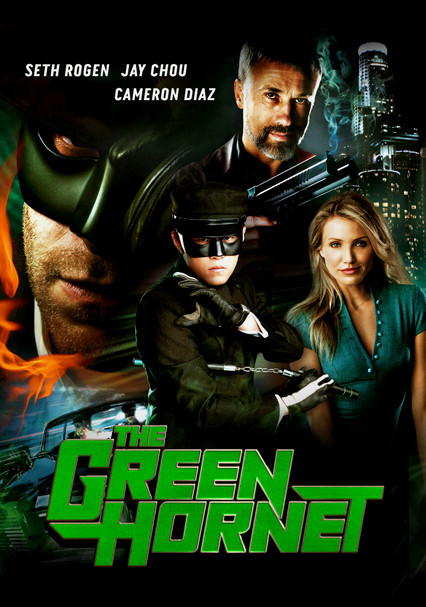 2011 PG-13 1h 59m Blu-ray / DVD
Hard-partying publishing heir Britt Reid, inspired to do more with his life, dons a disguise to fight crime after hours. But with no particular talents or skills, he relies on Kato, a martial-arts genius, to tackle the city's roughest criminals.

Parents need to know that this superhero flick is really more of a "bromantic" comedy, with lots of childish language and violence. Fairly frequent strong language includes "s--t" and "ass" and their many variations, plus "p---y," "d--k," and one use of "f--k." Sexuality and alcohol are concentrated in the first third of the movie, including a fair bit of partying and one scene in which Britt (Seth Rogen) wakes up in bed with a bra-clad woman. There are no big life lessons to learn or strongly positive role models, as the two main characters aren't morally righteous superheroes we're used to in similar films. Instead, they're basically independently financed boys with toys who do good more for kicks than out of a real sense of duty. Note: The 3-D version of the movie has heightened martial arts/action sequences.

In the first few scenes of the movie, Britt is shown hanging out with many beautiful women, slapping their bottoms and dancing with them. Many women at his parties are dressed provocatively. Britt makes out with a woman in one scene and another in the next. He wakes up next to a woman he's obviously slept with but can't remember her name (she's dressed only in a bra). He tries to kiss his assistant, but she pushes him off of her.

Although the violence is bloodless, there's a high body count, with the deaths occurring in various ways -- from (double-barrel) guns at close range to explosions to being buried, crushed, etc. Most of the violent scenes involve hand-to-hand fights, martial-arts, and some punching and kicking.

Britt and Kato learn lessons about friendship, freedom of the press, the dangers of political corruption, and the need for newspapers to report the truth ethically.

Tie-in to vast quantities of related merchandise. Red Bull, a Jaguar, and the cars that Britt has in his garage.

Britt parties hard, and at the beginning of the film he's shown drinking with all his friends. Later he tries to mix a drink of vodka and Red Bull. References to crystal meth and a drug lab.