The Greening of Whitney Brown 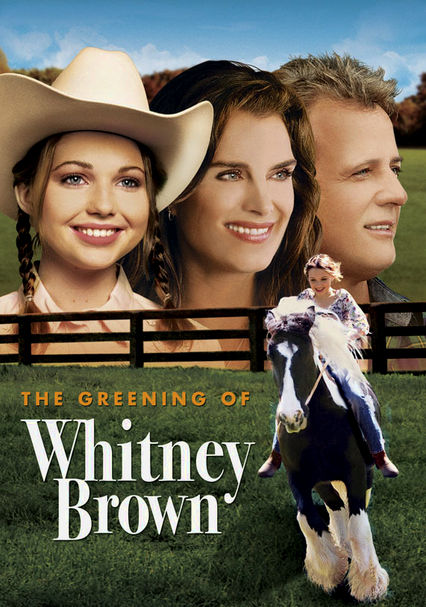 The Greening of Whitney Brown

2011 PG 1h 27m DVD
City girl Whitney is thrown out of her comfort zone when her family moves from Philadelphia to the country. As she wrestles with this strange new life, Whitney becomes close with a horse, which teaches her the meaning of family and belonging.

Parents need to know that The Greening of Whitney Brown is a combination horse tale and fish-out-of-water story about a spoiled rich girl who "finds herself" after her parents lose their fortune and the family moves to a farm. There's nothing too objectionable beyond a bit of iffy language (mostly insults and the like), but the themes and subject matter (middle-school protagonist, mild romance, family drama) make this a better fit for tweens rather than younger elementary-school aged kids.

Whitney flirts with Ben, as do a couple of other girls. The Brown parents embrace.

Whitney falls into a lake and then off of a tree. Dusty shoots in the direction of Whitney, mistaking her for an animal or an intruder. Bob wreaks havoc on the school dance.

Some mild insulting language like "loser," "liar," "snob," and "sucks."

Positive messages focus around friendship and family. Kids will pick up on the theme that true friends don't lie about you behind your back or try to sabotage your other relationships. Whitney's growth throughout the movie may demonstrate how money isn't everything.