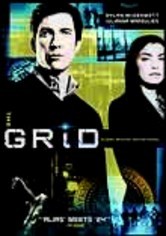 2004 NR 2 discs
After an attack on London, a secret task force sets out to stop a terrorist cell in this riveting miniseries. As the mission unfolds, British and American agents grapple with personal and professional crises -- and many lives are about to change. Leading the joint operation are Maren Jackson (Julianna Margulies), deputy director of the National Security Council, FBI Agent Max Canary (Dylan McDermott) and CIA analyst Raza Michaels (Piter Marek).