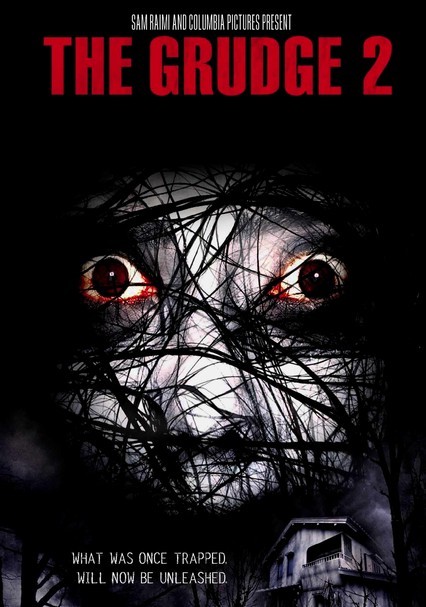 2006 UR 1h 56m DVD
The Saeki family curse continues to strengthen in this sequel which finds Karen's sister, Aubrey, arriving in Tokyo, where she teams with a journalist to investigate the sinister mystery. Meanwhile, the curse begins to spread around the globe.

Parents need to know that, while this teen-targeted horror sequel features relatively little actual gore, the scary scenes are tense and aggressive, with loud soundtrack effects, jarring editing, and insinuated violence. There's some brief nudity (male and female characters appear in showers and bathtubs) and a scene that sets up sexual activity (a couple goes to a hotel room and begin to undress) but doesn't deliver because the ghost strikes. Ghost attacks throughout the movie are discordant and sometimes alarming. The ghosts are very creepy looking, shadows and noises establish scary spaces, and characters scream and show fear and pain repeatedly. There is some actual violence (someone is slammed with a frying pan in the first scene, and murders are referred to repeatedly), as well as lots of abstract and menacing visual references to violence: blood on the walls and on a couple of faces, a broken neck in a contorted ghost figure, and drowned bodies.

Girls roll up school-uniform skirts to "show off legs" glimpses of nudity in tub/shower (long shot of boy from side and back; close ups of girl's face in shower as she's frightened); a high school girl and her boyfriend rent a hotel room for sex, but she disappears before they can do it (she mistakes ghost under the covers with her for boyfriend -- creepy suggestion that the ghost is tickling/touching her below her waist).

Murders and disturbing disappearances; frequent jump-scenes; scene shows woman throwing hot grease on her husband, then smashing his head with a frying pan (bloody dead face visible in subsequent/repeat scene); repeated scary images of ghost faces and sounds of ghost's screams; a young boy is terrorized by ghosts and the sight of his father's corpse in the kitchen; ghost hands repeatedly take hold of victims' faces and pull them away to offscreen horror; a body falls off a roof, landing with thud in front of a horrified character; a man holds keys so tightly that his hand is bloody; a father breaks his wife's neck and drowns his young son (these legendary first murders are repeated in the original and other forms); very brief look at the "stair ghost" (jerky movements/contortions).