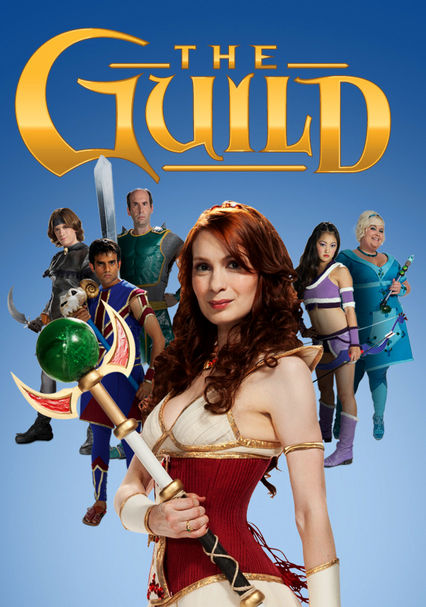 2007 NR 3 seasons
Fantasy and reality collide in this engaging Internet series that follows a quirky group of gamers, including Codex (Felicia Day) and Zaboo (Sandeep Parikh), as they struggle to balance real-world relationships with their commitments to playing an addictive online video game. Bound in a tight-knit guild dubbed the Knights of Good, these hopeless geeks confront stiff challenges from controlling mothers, rival factions and, at times, each other.

Internal conflicts threaten to tear the Guild apart as the third season of this popular Internet series about quirky online gamers commences -- but Codex (Felicia Day) hopes the arrival of a new expansion pack for their game will be enough to heal the rifts. Meanwhile, another threat appears in the form of a rival Guild, the Axis of Anarchy, and its leader, Fawkes (Wil Wheaton), who's determined to win at all costs. Day also created the series.

In the wake of the third season's cliffhanger, Codex (Felicia Day) struggles to rationalize her impulsive one-night stand with her archrival, the manipulative Fawkes (Wil Wheaton) -- not only to her guild mates but also to herself. Meanwhile, Vork (Jeff Lewis) and Zaboo (Sandeep Parikh) attempt to cope with an unexpected houseguest, and Clara (Robin Thorsen) and Tinkerballa (Amy Okuda) join forces to earn a fast bundle.

Actress and former "World of Warcraft" addict Felicia Day created and stars in this Web series about a quirky group of gamers who take part in all sorts of heroics online but are far less skilled at navigating real life. Day plays Cyd Sherman, a young woman whose virtual-world obsession has led both her boyfriend and her therapist to dump her -- at the same time that her cyber-friend circle, or "guild," has begun to acquire a life beyond the Net.

Parents need to know that this online comedy series -- which pokes fun at virtual gaming worlds and those who play in them -- plays off the stereotypes of awkward gaming-addicts. There's a good bit of bleeped swearing and some sexual innuendo, but no nudity or sex, and will likely appeal to teens and adults who spend a significant amount of time interacting online.

No sex or nudity, but a good bit of innuendo and occasional making out.

The occasional slapstick-style fistfight, but little other violence. There are plenty of references to battling monsters in a virtual game world.

Little audible swearing, but plenty of words are bleeped. One character is especially foul-mouthed, and almost every sentence out of her mouth has one or more words bleeped. Some sexual references, including "woodie."

Fantasy might seem easier to manage than reality, but when Cyd's game life intersects with her real life, she realizes that virtual relationships are no substitute for the real world. The show lovingly pokes fun at gamers, both appreciating the gamer lifestyle and acknowledging its shortcomings.

No name brands are mentioned, but the entire show revolves around a fictitious online game that resembles World of Warcraft.

No drugs or drinking, but there are a few drug references.