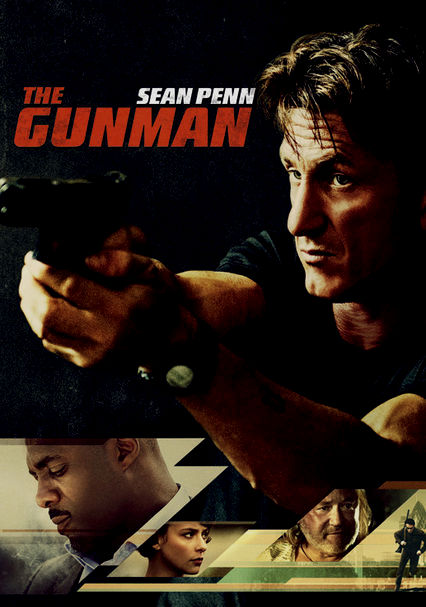 2015 R 1h 56m Blu-ray / DVD
Planning to retire from the contract killer business and live quietly, a veteran assassin discovers that his employers aren't going to make it easy. Suddenly in the crosshairs, he's propelled into a bloody Continental chase to save himself.

Parents need to know that The Gunman -- an action thriller starring Sean Penn -- has lots of bloody violence, with shooting, killing, and explosions. Characters often kill without consequence. Language includes more than one use of "f--k" and "s--t," as well as other words. There's one sex scene (though no sensitive body parts are shown) and a few other brief sexual situations (including naked male bottoms shown in passing). One minor character appears to have a drinking problem, and social drinking and smoking is shown. The movie has some buried messages about global economics and the exploitation of natural resources, but otherwise, it's a very serious and convoluted movie that most teens won't want to bother with.

Heavy, bloody violence. Lots of fighting, shooting, bloody wounds, and killing. Fighting with a machete. Eye-gouging. Fire and explosions. The main character punches a woman in the face. Mentions of rape. The main character has head trauma from too many concussions. Images from a bullfight. A man is gored by a bull.

Acknowledgement of corruption in world governments, but mostly too convoluted to have much to say. Characters wreak all kinds of violence, killing and destroying without consequences. Some teamwork, but since none of the characters can be trusted, it doesn't really count.

One character appears to be an alcoholic, frequently drunk and out of control. Characters also drink socially in bars, both beer and hard liquor. Cigarette smoking.