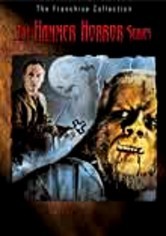 1962 NR 2h 44m DVD
Rediscover the mythical, musical phantom in the first film of this Hammer Studios double feature. Herbert Lom plays the ghostly figure with deep pathos, filled with rage as his art is stolen by a greedy royal (Michael Gough). His revenge: to haunt the opera house where his music is played and where he meets a beautiful and talented singer. Paranoiac stars Oliver Reed as a man who loses his grip on sanity in his thirst for power.