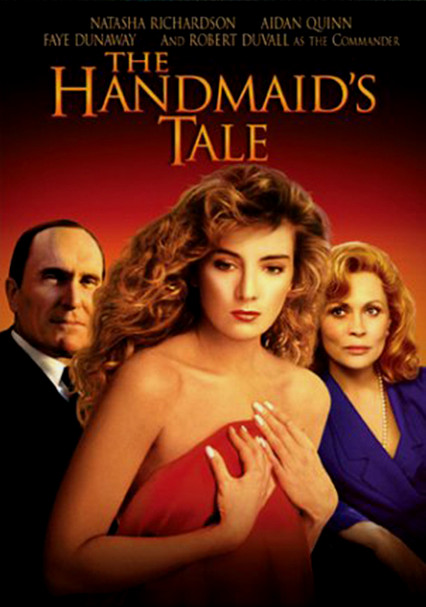 1990 R 1h 49m Blu-ray / DVD
This chilling adaptation of Margaret Atwood's dystopian novel envisions a future in which most women are sterile and right-wing fundamentalists rule. A powerful couple forces the still-fertile Kate (Natasha Richardson), who sought an escape, to be their handmaid.The Commander (Robert Duvall) and his barren wife (Faye Dunaway) call on Kate to produce their heir, and unless she can deliver for them, Kate faces exile ... and possibly death.