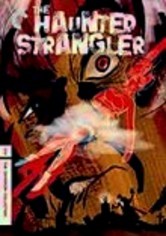 1957 NR 1h 20m DVD
Set in 19th-century London, this film includes the venerable Boris Karloff as novelist James Rankin, a man who develops an obsession with the famous serial killer the Haymarket Strangler. As Rankin pursues his research, he comes to believe that the man (Michael Atkinson) executed for the crime may not, in fact, have been the killer. When Rankin holds the scalpel of the true Haymarket Strangler, the killer's spirit possesses him.