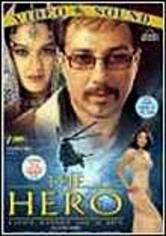 2003 NR 2h 40m DVD
Pakistani extremists have been given permission by their own authorities to steal their nuclear bomb, smuggle it out of the country and have it rebuilt in Canada. With the help of two women -- a beautiful shepherdess (Preity Zinta) and an affluent Indian-Canadian doctor (Priyank Chopra), Major Arun Khanna (Sunny Deol), India's premier intelligence officer, races to thwart the extremists' plan. Features a scintillating soundtrack by Uttam Singh.