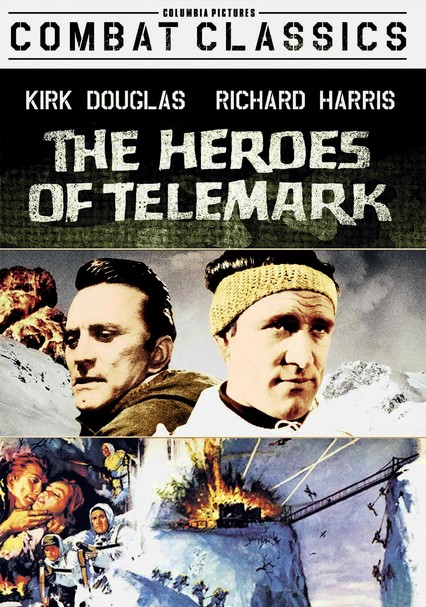 1965 NR 2h 10m DVD
In 1942, Norwegian resistance fighters discover that the Nazis are using a local factory to produce the heavy water required for atomic weapons, and underground leader Knut Straud (Richard Harris) persuades reluctant scientist Rolf Pedersen (Kirk Douglas) to help sabotage the work. Despite their mutual enmity, the two men transform into a formidable team when they directly attack the factory after Allied military forces prove unable to aid them.