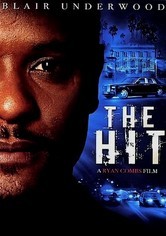 2005 NR 1h 37m DVD
Millionaire record executive Hen (Blair Underwood) wants to bring peace to the hip-hop world, but when he angers the mob while attempting to build a confederacy comprised of other music labels, he soon finds that peace is the furthest thing from the gangsters' minds. In the end, will Hen survive all the betrayal around him? Ryan Combs co-writes and directs this sequel to Straight Out of Compton; DeRay Davis and James Russo co-star.