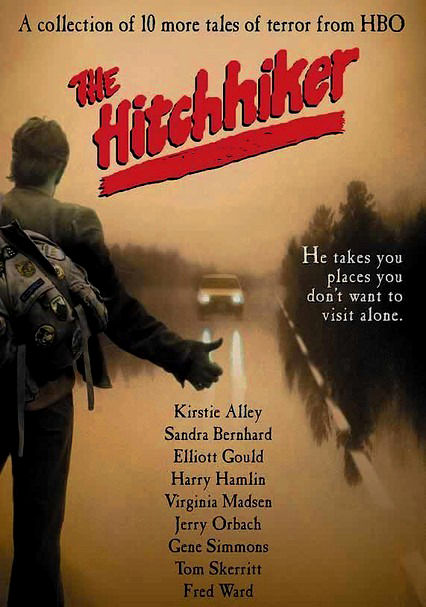 1983 UR 3 seasons
Buckle up for a heart-pounding ride full of terror and suspense with this gripping anthology series, which presents harrowing morality tales that delve into the darkest deeds, desires and fears buried somewhere within us all. With impressive production values and top-name talent in front of and behind the camera, this chilling program routinely rewarded virtuous characters while painfully punishing the wicked.

In this suspenseful television show from HBO, a series of stories is linked together only by a dark character named The Hitchhiker (played first by Nicholas Campbell, then by Page Fletcher in later seasons), who introduces and closes each episode. Focusing less on supernatural forces and more on exploring the dark side of the human sprit, humanity is put under a microscope for six harrowing seasons.

Drivers, beware: The Hitchhiker (Page Fletcher) may appear to be a passenger in need of rescuing, but if you pick him up, he'll guide you to an eerie and shockingly demanding destination. If you're good, you have nothing to fret over; if you're bad, you're in for a journey into the heart of darkness. This second volume collects 10 adventures from the series. But it's only for those with the courage to sign up for one strange ride. …

Bill Paxton, Lauren Hutton, Michael Madsen, Kelly Lynch, David James Elliott and Michael Ironside co-star in this third volume of heart-pounding episodes from "The Hitchhiker." Page Fletcher plays host (and the role of the hitchhiker) for this collection of creepy tales exploring the dark side of human nature, introducing each story much as Rod Serling and Alfred Hitchcock did on "The Twilight Zone" and "Alfred Hitchcock Presents."