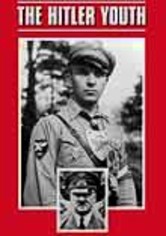 2006 NR 1h 0m DVD
In its efforts to rule the world for a thousand years, Adolf Hitler's Nazi Party inculcated and warped a generation of young Germans. Founded as an arm of the party, the Hitler Youth -- which grew to more than 10 million members by 1945 -- was crucial to assuring an endless stream of ideologically correct enlistees to carry the torch. This insightful documentary examines the indoctrination techniques used to turn German children into model Nazis.