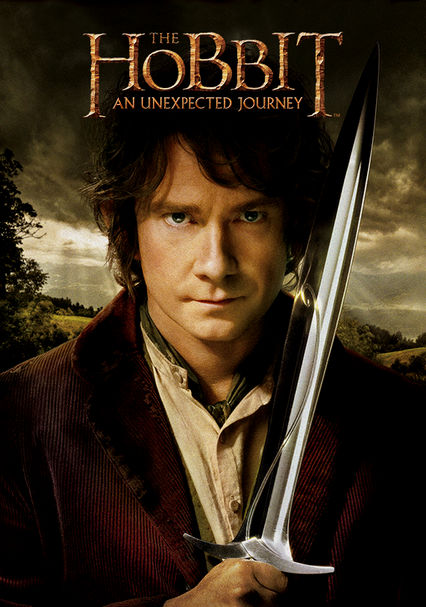 2012 PG-13 2h 50m Blu-ray / DVD
Beloved hobbit Bilbo Baggins is back in a visually spectacular tale inspired by The Lord of the Rings and likewise directed by Peter Jackson. Joining the effort to free the Kingdom of Erebor, Bilbo also faces a fateful encounter with Gollum.

Parents need to know that The Hobbit: An Unexpected Journey, director Peter Jackson's adaptation of J.R.R. Tolkien's stand-alone quest through Middle-earth, is less violent than the scarier Lord of the Rings trilogy. But there are definitely some frightening sequences, like the battle between the dragon and the dwarves of Erebor, during which one character is decapitated, another has an arm amputated, and there's mass destruction. The group of Bilbo, Gandalf, and 13 dwarves is often tracked and pursued and nearly killed several times, but they manage to avoid death -- at least in this installment. Bilbo (like Frodo and his friends in the LOTR movies) again shows that size doesn't matter when it comes to making a difference.

Less violent than The Lord of the Rings, but there's still some carnage: a battle between the dwarves and the dragon leads to the dwarf king being decapitated, an orc leader's arm amputated, and a multitude of dwarves and their property destroyed. There are several close calls when Bilbo, Gandalf, and the dwarves are pursued or nearly die on their journey across Middle-earth, usually by orcs and their beasts. The orc leader is a frightening sight -- particularly with his claw-like prosthesis, and he's bloodthirsty. A group of goblins/orcs tries to kill the group as well.

As in The Lord of the Rings, the message of The Hobbit is that even the smallest person can make a huge difference. Gandalf even says "it's the small things that keep the darkness at bay" in reference to Bilbo's involvement in the dangerous mission. Gandalf advises Bilbo that it's not knowing how to take a life that takes courage but knowing when to spare one. The dwarves' quest reminds viewers of the importance of home, kinship, and belonging somewhere.

Although there are no product placements in Middle-earth, the Tolkien books and Peter Jackson film adaptations have spawned a ton of merchandise: apparel, video games, LEGO toys and board games, role-playing games, special movie tie-in editions of the books, and more.

The dwarves are a voracious lot -- even more than hobbits. They ransack Bilbo's pantry and consume large quantities of drink (and food). Gandalf and Bilbo smoke the mellowing pipeweed.