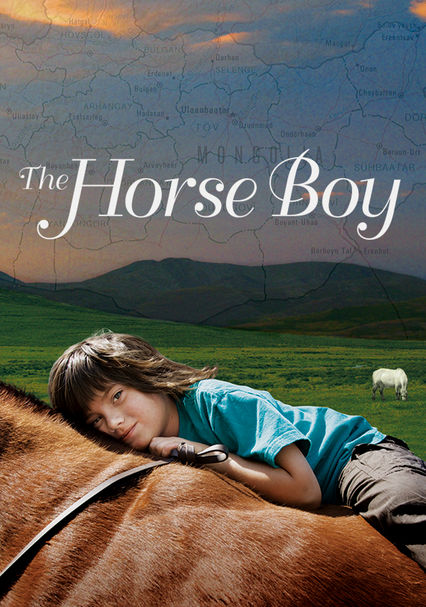 2009 NR 1h 33m DVD
When conventional therapies fail to help their autistic son, Rupert and Kristin Isaacson travel with Rowan to Mongolia in the hopes that a combination of traditional shamanic healing and horseback riding will benefit him.

Parents need to know that this no-holds barred documentary, which shows what life is like for a boy who has autism, includes some heavy topics best for adults and mature teens. The movie includes lots of discussion about the parents' concerns and frustrations in dealing with their autistic child, which younger kids won't relate to and may find upsetting. One scene includes a shaman whipping the parents as part of the healing process, and another shows the mother washing her vagina (which is blurred) as part of the ritual. A decent portion of the film is devoted to the child's inability to poop on the potty, and his father's intense reactions, including strings of curses ("motherf---ker," "s--t," and "Jesus Christ" as an exclamation). By letting viewers into their lives, the family helps expand understanding of autism, culture, nature, animals, and what it means to heal.

The mother is told that she has to wash the area where her son came out. When she does this, she faces away from the camera and her behind is blurred.

Adults are whipped by a shaman and told they can't scream or make any sounds. During a breakfast, the choices are the lung, liver, and heart of an animal. Animal carcasses are visible in one scene.

The father has a tendency to swear whenever his son -- who isn't toilet-trained -- has an accident. He says "Jesus Christ" a couple of times, "butt-f--ker," "f--ked up," "motherf----r of a poo," "and s--ting his pants" to express his frustration.

This film shows kids what it's like to live with someone with autism and familiarizes them with the condition's challenges. Themes include: stepping outside one's comfort zone; taking risks; the importance of tolerance and love; and the value of animals.