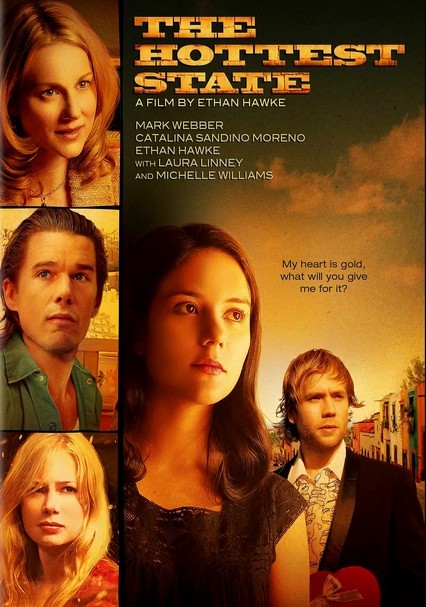 2007 R 1h 57m DVD
Struggling actor William Harding falls for a beautiful musician named Sarah, who's initially indifferent to their affair. Hoping to make a connection, William continues to pursue her and eventually gains insight into his own need for love.

Parents need to know that although the protagonists in Ethan Hawke's romantic drama are barely out of their teens -- which could intrigue some young viewers -- the movie tackles very adult themes from beginning to end, including love, sex, and heartbreak. Ultimately, it's an often-bleak portrait that may be disturbing to tweens and younger teens. The parents are deeply flawed, even cold; the lovers are confused and sometimes hurtful (even bordering on violent, though there's no hitting). Expect plenty of four-letter words, sex scenes (though they're fairly tastefully shot), and even brief full-frontal female nudity.

Plenty of sex and sex talk throughout (though the subject is handled quite reverentially, not crudely). Couples make out and make love. One scene shows both the main characters disrobing, with Sara totally naked from the front -- though the moment doesn't last too long -- and William from the back. There are also scenes in which William straddles Sara naked, plus lots of heaving and clutching at each other and one scene where a belt is unbuckled before an implied sex act. Sara tells a detailed story about an ex-boyfriend's sexual betrayal.

William's parents fight bitterly in front of him as a child; later, William upends a table when he's angry at Sara. Some door-slamming, shoving, and lots of yelling.

Lovers quarrel, sometimes violently (throwing things and screaming at each other, but no hitting). William's behavior at some points borders on stalking. Parents abandon their children, fight in front of them, and harp on them in cruel, unsympathetic ways. Plenty of drinking and references to casual sex.

Shots of cigarette packs and a beer bottle with their labels showing. Many mentions of Tennessee Williams and his plays.

Lots of drinking and smoking -- beer seems to be the social lubricant of choice. Some scenes show the lead characters clearly inebriated.