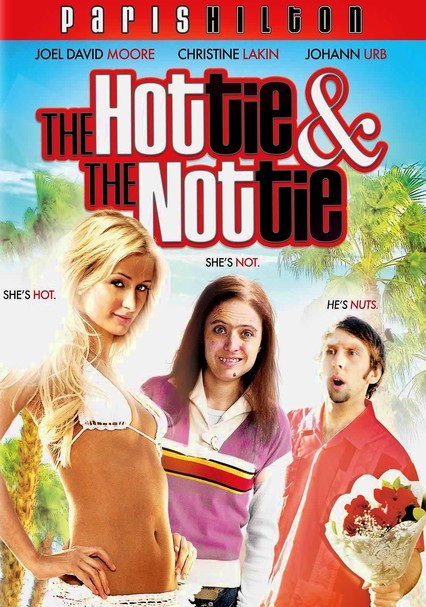 2008 PG-13 1h 31m DVD
Director Tom Putnam's romantic comedy stars Paris Hilton as Cristabelle Abbott, a beautiful girl pursued by her lovesick childhood chum Nate Cooper (Joel Moore). Cristabelle eventually agrees to go out with Nate -- but only if he can find a beau for her unattractive best pal, June Phigg (Christine Lakin). First, however, June gets a head-to-toe makeover, and soon Nate begins to see her in a different light as her true beauty emerges.

Parents need to know that this comedy -- which stars tabloid staple Paris Hilton -- models some pretty terrible behavior for teen girls. It takes delight in disparaging women who don't abide by a rigid definition of beauty (i.e. blond, scantily clad and unchallenging). And despite the main character's ultimate epiphany about what's truly attractive, women are, for the most part, objectified. Though there's no outright nudity, there are many scenes that pore over women's bodies, as well as some making out and discussion of losing virginity. Much is made of what a man will do to get sex, and there's plenty of drinking.

Lots of crude sexual jokes (some involving hand gestures); a man licks a woman's face lasciviously during a date; men ogle women's cleavage; many scenes in which Cristabel is barely clothed (and when she is, the camera lingers on her behind, abs, and chest). Two couples are shown in various stages of making out. A woman invites a man to de-virginize her, even if she's not sure he likes her for who she is; a couple is shown in a sexual position (she's clothed, he has his shirt off).

The movie opens with a woman smashing a guitar into her then-boyfriend's face; a man attacks another out of jealousy; some bickering between couples.

Nate stalks Cristabel so they can "meet cute" and lies to get close to her and her best friend. A man can barely stop himself from throwing up while dating the "nottie." Overall, the men are quite insulting to women. Though there are messages about the importance of inner beauty, there's also a very strong focus on physical appearance.

A bottle of Jack Daniels is brandished, the logo clearly visible. Signage for restaurants and cafes. Mention of Flashdance and Oprah. And, let's face it, Hilton is a brand all on her own.

Characters drink whisky, beer, and everything in between, though usually at parties. A few allusions to how drinking can loosen inhibitions.