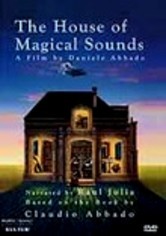 1994 NR 0h 50m DVD
As a child, future conductor Claudio Abbado became enchanted by classical music, a lifelong passion that led to his directorship of the Berlin Philharmonic. Share the story of Abbado's dream in his own words, and witness his talent in concert footage and a behind-the-scenes look at his work with the orchestra. Based on Abbado's memoir, this magical film is narrated by Raul Julia.