The Human League: Live at the Dome 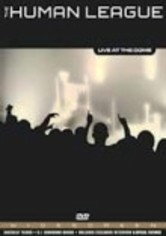 The Human League: Live at the Dome

2003 NR 3h 0m DVD
British synth-pop band the Human League performs live in this 2003 concert at Brighton's Dome concert hall. The group played a significant role in moving synthesized electronic music into the mainstream, becoming an international success in the 1980s with their catchy pop tunes such as "Don't You Want Me," "Mirror Man" and "Fascination." Extras include exclusive interviews, on-the-road footage of the band's U.S. tour and a photo gallery.