The Hunt for Eagle One: Crash Point 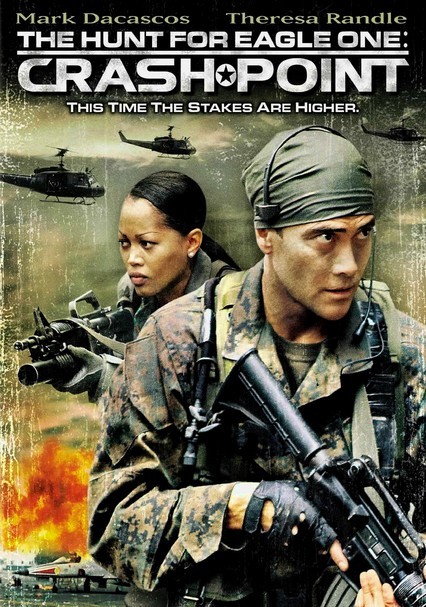 The Hunt for Eagle One: Crash Point

2006 R 1h 26m DVD
When a terrorist group plans to use a stolen encoder as a remote control to crash a jetliner into a secret U.S. airbase, it's up to the Strike Force team to thwart the malicious scheme. Leading the squad, Amy Jennings (Theresa Randle) and Matt Daniels (Mark Dacascos) must take their team deep into enemy territory to recover the device before it's too late. Co-starring Jeff Fahey, this sequel marks the directorial debut of Henry Crum.