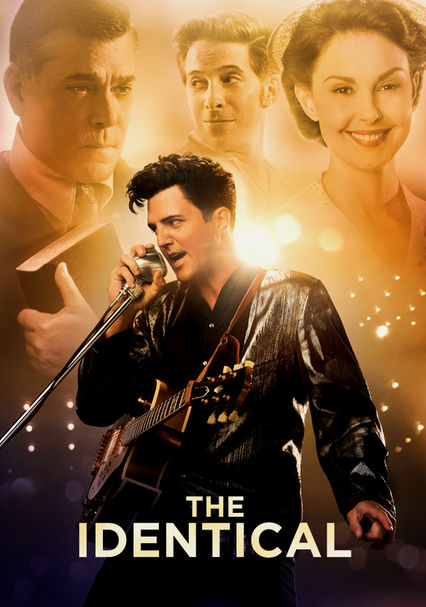 Parents need to know that The Identical is a family drama about an Elvis-like superstar whose "double"/impersonator is actually his twin brother. The movie's star (an actual Elvis impersonator) and many of the movie's biographical details are obviously Elvis references, but the movie is more of a faith-based drama than a Presley-sanctioned biopic. There's little-to-no language ("damn" and "hell," sparingly), violence (although a sheriff does strike the protagonist), or sex, but the movie's themes might be too mature for very young viewers. There's also some smoking, though it's accurate for the movie's time period. Although no knowledge of Elvis Presley is required, those who do know something about his life (like that he was born with a stillborn twin or that he had Jewish ancestry) will appreciate the various nods to his legacy. The filmmaker belongs to the Messianic Jewish faith, so there are overt references to special bond between Christianity and Judaism, as well as pro-Israel messages.

A police officer strikes and pushes a young man and threatens to arrest a bunch of others. A couple of characters die or are hospitalized, upsetting other characters.

Racist language includes the white sheriff going into a "negro club" and calling it "dark and stinky"; also a couple of uses of "damn" and "hell."

The movie has positive messages about faith, talent, and pursuing your passions. It encourages the use of your talents and conveys the importance of honoring your parents and supporting your spouse.

City of Peace records, which is run by the filmmakers, is featured in the movie.

Young adults smoke cigarettes in a couple of scenes (accurate for the movie's time period), and marijuana (called "hooty weed") is mentioned in an integrated music and dance club. Characters in clubs are also briefly shown drinking.