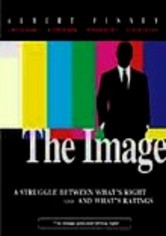 1990 R 1h 29m DVD
Jason Cromwell (Albert Finney) is a powerful TV news anchor who turns his investigative sights on a bank, eventually driving its president to suicide. The fallout from the death forces Cromwell to consider his role in the incident and to reassess the influence of the media and the hypocrisy of his own life. With his career now at risk, Cromwell tries to prop up his image as he becomes the subject of the story instead of the reporter.